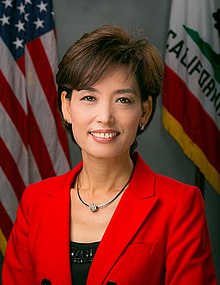 Young Kim is a former state politician fighting for conservative values in California. She was the first Korean-American woman to hold office in CA and is endorsed by a who's who of conservatives.

Democrat Gil Cisneros is spending millions of his own lottery winnings to win this race. Cisneros invested in companies doing business in Iran, profiting while Iran spread terrorism around the globe. We can't let him buy this seat!

Support voter outreach and advertising to show voters in this southern California toss-up district who really represents their values.